Huion has been committed to digital animation drawing technology for more than one decade. Huion is now growing to be one of the main manufacturers of pen tablets, interactive pen displays and digital interface solutions in the world.

Developed for the fast pace of the world, Huion products are growing trendy and more humane. It allows people like artists, photographers or painting lovers to create with Huion’s patented input technology.  Allowing freedom of expression, creativity and inspiration, and a drastic improvement in productivity, control and comfort.

Before our official brand launch  – Huion, our main business was OEM and ODM for many other tablet manufacturers. However, after a lot of planning Huion decided in 2010 to launch its own brand, since it had a very strong manufacturing arm and great expertise in this particular technology to benefit all.

Huion aim is always to provide high quality technology products in an affordable price range thereby creating a graphic masterpiece for anyone, anywhere and anytime.

The Huion Logo is derived from the concept of “three pens”, in Chinese culture, “three” represents stability, balance, the tripartite confrontation and development. “Pen” is the most important tool to create writing and drawing and holds deep cultural importance in China. In addition, the “three pens” together form the shape of a crown and echo the meaning of the word, king.

Huion has established a powerful sales network across the world with Shenzhen at its core, including over fifty coun-tries and regions such as North America, Europe, Japan, South Korea, Southeast Asia and mainland China. It has also established long-running strategic cooperative partnership with many world-class brands in the fields of technology,marketing, servicing and more. 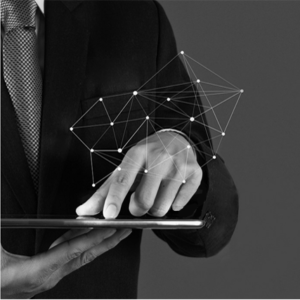 A STRONG SYSTEM FOR ALL PRODUCTS
& ONE-STOP SOLUTION

In 2010, Huion became the export leader for its category in China.

In 2011, with the formal production of the main control chip HV400, of which Huion owns the independent intellectual property rights, Huion became one of the few companies in the world with chip-level technology in the field of electromagnetic input recognition.

In 2013, Huion marched into the education industry, providing solutions for international education giants in the aspects of digital painting, original handwriting input, and digital multimedia teaching.

In 2014, with the formal production of the new generation of master control chip HV800, of which Huion owns independent intellectual property rights, HUION led the industry once again.

In 2016, a series of new generation digital tablet products came onto the market, designed to improve ergonomics and user application experiences.

In 2017, Huion will continue to penetrate the global market and pursue its international brand aspirations…